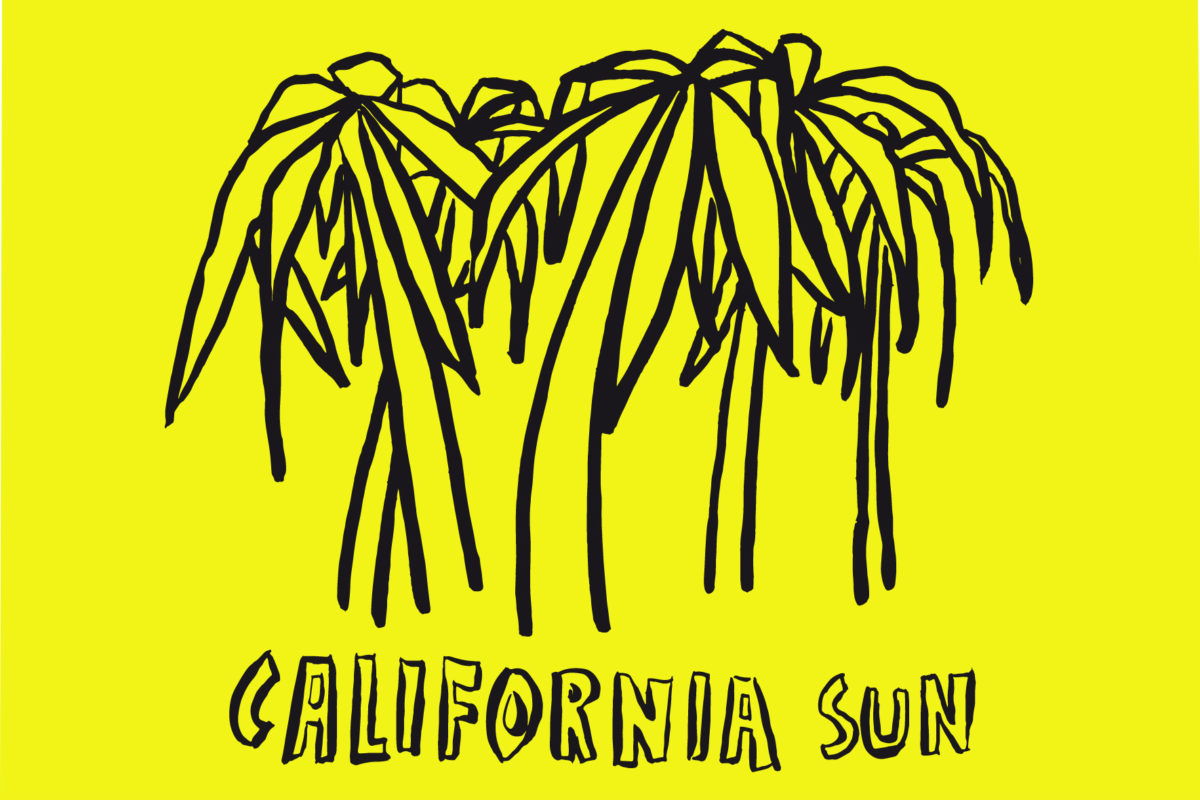 Opening on Thursday, September 22 from 6.30pm

Well I’m going out west where I belong
Where the days are short and the nights are long
….
Where they’re out there having fun in the warm California sun
“California Sun”, Ramones

Antonio Colombo Arte Contemporanea is proud to present California Sun, an exhibition dedicated to Mike Giant, Josh Jefferson and Russ Pope, curated by Luca Beatrice.
If international contemporary art, in its most refined version, is celebrated and consumed in Chelsea galleries in New York, on the other side, on the west coast, it’s the street, the underground and alternative universe of skateboarding and surfers, that reigns supreme, affirming not only a lifestyle but also an aesthetic and cultural philosophy. Antonio Colombo Arte Contemporanea has been focusing on this dimension for years, showing in Italy, very often establishing a record, the works of the most important artists of this genre.
The fall season 2016 of the Milanese gallery inaugurates its spaces bringing California sun to Milan. California Sun, the title of the show curated by Luca Beatrice, presents the new works of the American Josh Jefferson, Russ Pope and Mike Giant. Hailing from different parts of the stars and stripes continent and characterized by very heterogeneous languages, the three are connected –who for training (Pope’s past as a professional skateboarder ties him to the west coast, Josh Jefferson grew-up in Santa Cruz), who for a life choice (Giant has lived for years between San Francisco and Los Angeles) – by a common denominator: the cultural roots of the west coast.
Distant from the kinds of official and pretentious academicism, typical of the art system, the artistic panorama made in California is the guardian of an underground multiculturalism, an aesthetic mix that moves between psychedelic vision and punk narrative, speaking through many expressive codes: from illustration to comics, from urban art to painting, from collage to tattoos. An art originating from the bottom, which comes from the everyday, from the contact with the people to whom it’s addressed; faithful to a contaminated and dynamic collective vision of the artistic language that does not fail to look at the past and the history of art.
If Mike Giant sets up a style based on the technical expertise of the line, only black & white, describing subjects – the most seductive women, skulls, rappers – on different media such as paper, skateboards, tattoos, on the other hand Joshua Jefferson works in the opposite way, dedicating himself to painting and collage and developing a physical and instinctive language, aimed at
simplifying the shapes and outlines up to the point of transforming the subjects into almost abstract images. Apparently fast, but intense and incisive, is the line of Russ Pope, who, in his almost grotesque portraits translates the everyday into the frames of a life story that, if not lived, is almost certainly observed and reinterpreted through an energetic and vibrant brush stroke.
The exhibition will present works of different sizes: from Jefferson’s small A4 collages to Pope’s medium-format canvases up to the exceptionally large, compared to his usual production, work on paper by Giant (180 x 180 cm). Over thirty the works on display created specifically for Antonio Colombo Arte Contemporanea.
The catalog presents an essay by Luca Beatrice.