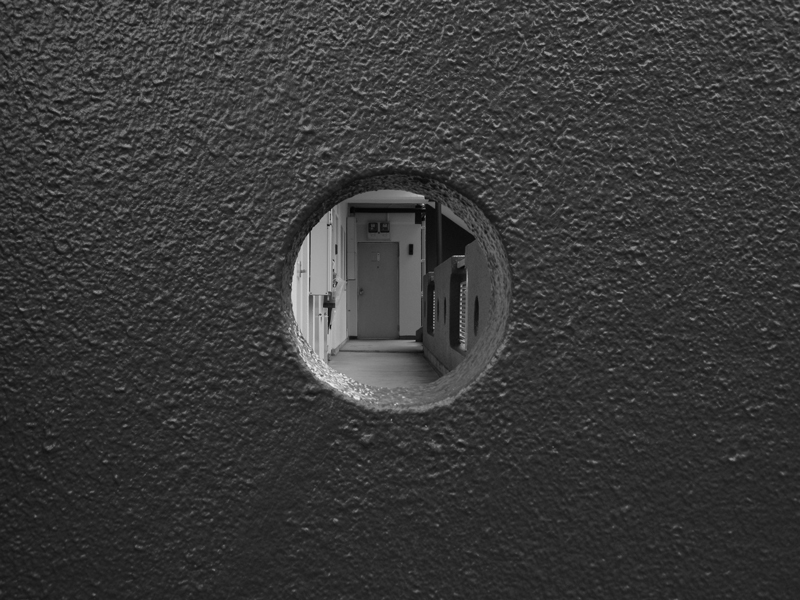 A series of platinum prints on paper, format 33×40 cm, made by hand by Sergio Devecchi, forms a printed folder in a limited edition fo 14 numbered and signed copies. Two original poems by Luigi Cerantola, written in calligraphy on Japanese paper, on Naples and Tokyo, in the format 21×29.7 cm, accompany the show. They are signed and numbered and included in the folders.

The black and white photographs of Kanemura Osama, from Stop Tokyo, 1996, Keihin Machine Soul, 1996, of Catherine Wagner, Fossils, 1996, of John Gossage, Land, 1994, of Timothy O’Sullivan, Ruins of the Pueblo San Juan, New Mexico, 1874, and more…
Lots of photographs. Many, a great many images. A long list, impossible to make. Then the anonymous works, the pioneers of photography. Interminable enumeration.
All the Icaruses who burned negatives upon negatives to capture an image.
One good one, just one that counts. That makes an imprint on collective memory. Makes history.
Photography is a heroic art. You have to do battle, physically and mentally, with everything you encounter. Encounter and revelation. The instant. Nothing.
This is what I like about this form of meditation.
It is not a job. It couldn’t be.
Photography is just the first leg of the journey toward the unknown.
Starting point and end.
Firmament.

Two cities by the sea. Shipwrecked. Ruins of an always inapplicable method, where the violence of desires remains intact, and even immediately regenerates, and images like thoughts are floating shadows that penetrate existence like a needle.
Two places where force is concentrated in diversity, not in unity, and the pure image is the distilled essence of the unfulfilled.

In this world things appear all together, simultaneously.
They are available and have different intensities. They have light and dark form.
They possess intimacy and force of attraction. They are projections of our mind.
They are always insufficient and absent. They lack explanation.
They vanish just as they appear.
They are not.

Splendor. Celestial essence. Light. Extraordinary clarity. A force that disrupts the sense of familiar things. Absence of absolute darkness. Pure energy in the depths of every image that reveals something beyond the visible and the comprehensible. Clarity, the evidence of the invisible absolute.

The one born at Santa Giuletta, Pavia, the town of dolls, in 1951,
Who smelled the oil paints in the studio of Angelo Baroni in Pavia,
Who persevered in making art apart in the nineteenseventies,
The one of the Atlas Mountains Morocco and the hill at Portofino to design fabrics,
Branded by the flame of Made in Italy he embroidered choreographies of yarns, graphics, installations,
In the meantime he gave birth to Zeus who forged slender black metal furniture,
Disembarked in New York to implant an art gallery in the alphabet zone,
Not satisfied he christened an art gallery in Mediolanum,
That of the contradictory writings on design in the bel paese and the world,
Weaver of other stories, projects, things, facts, experiments, research groups,
Who designs fashion boutiques with pure detail,
That of Hanae Mori and the art vitrines,
The one who doesn’t like commemorations and lives barefoot,
Asked to talk, give lectures, courses, seminars, workshops, he uses poetry,
When required human, architect, photographer, illustrator, graphic artist, art dealer, critic,
Founder of schools where no one expects to see them or imagines them,
Repeatedly a teacher at the Tokyo University,
For beauty and its tricks he has lent himself to Shiseido to design packaging,
That of the international prizes accepted and forgotten,
Who always travels in third class, wears dark blue, uses a Cinelli bike,
Exits through the entrance,
Has no itinerary,
The one enthralled by the life of every instant,
The one who is…..