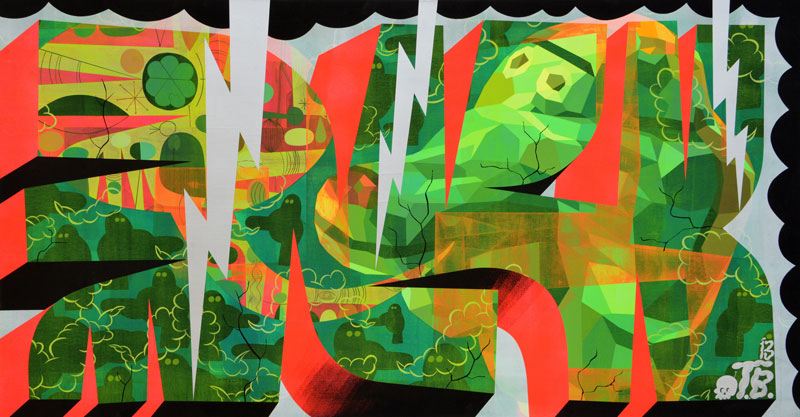 His practice is focused mainly on abstract and figurative painting, but extends into sculpture, printmaking and music. He studied fine art at Otis/ Parsons before entering the animation and illustration industries where he honed his technical skills. In 1999 he gathered a community of artists and began hosting live art auctions at bars around Los Angeles. He quickly found an audience for his personal work. His complex color and design theories pushed forward a decidedly populist aesthetic which has continued to develop and morph over the years. Now, with an established following and over a dozen solo exhibitions under his belt, he is beginning work on a mid-career retrospective book and museum exhibition slated for launch in 2017.