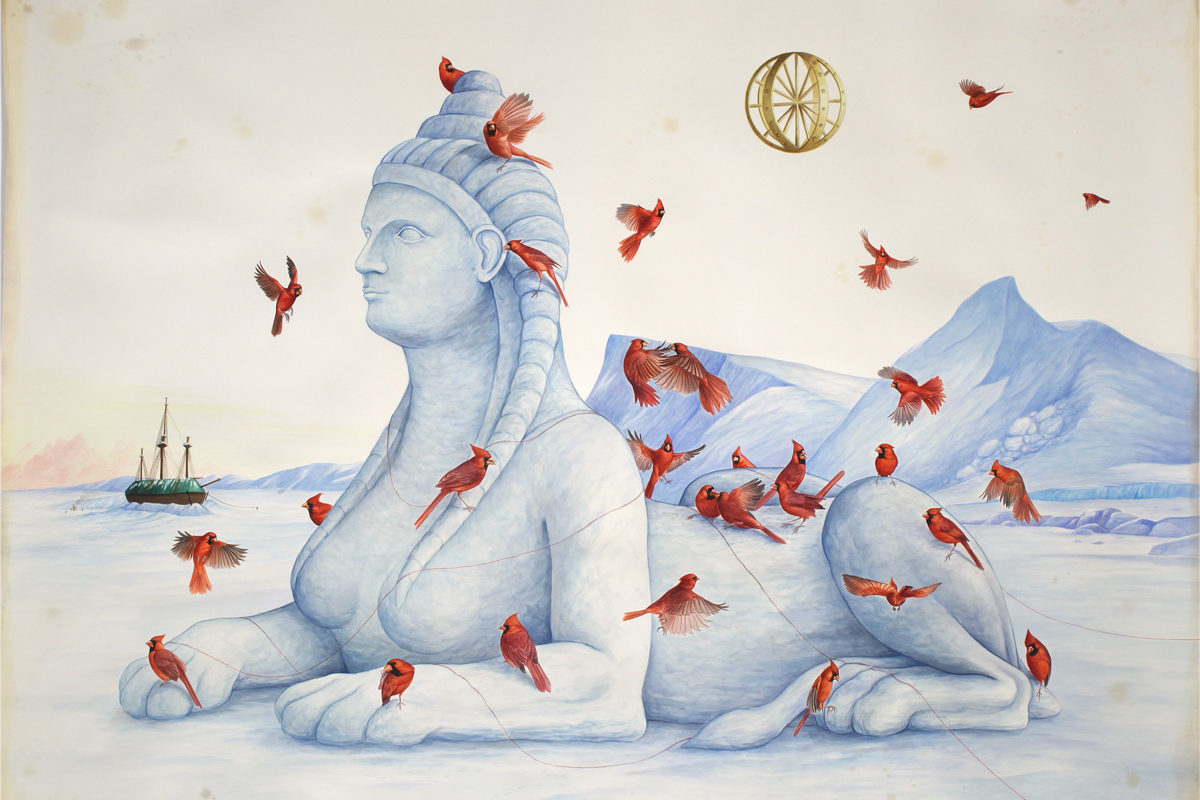 While the compass needle conventionally indicates magnetic north, the true north corresponds to the imaginary and constantly moving point of the geographic North Pole, in which all the meridians converge and from which every direction can only lead south. In absolute antithesis to the latter, the impervious and unreachable north stands out as a destination for countless expeditions, yet never completely conquered: a region that hosts dangers and wonders – from the aurora borealis to the arctic mirages and the natural treasures trapped in amber – whose rhythms are punctuated by the polar night and the midnight sun. More than an accurate position on a map, the term “true north” therefore evokes a place of extremes. Above all, it suggests a mutable and relative concept, the idea that there may exist a highly subjective true north in the imagination of each of us.
For El Gato Chimney, it’s that of the perennial ice, but also of the rocky desert of Mongolia, of the tundra of the Inuit and the Sami. The true north of the artist isn’t subordinated to topography: it’s found where popular magic and shamanic tradition still dominate over reason, but, in particular, where man hasn’t been able to prevail over nature, thus adapting himself to its will.

Supported as always by extensive research, through the works that make up True North El Gato Chimney goes further and further north, on a fictitious journey in search of its elusive essence.

On show large-format watercolors and a site-specific installation.