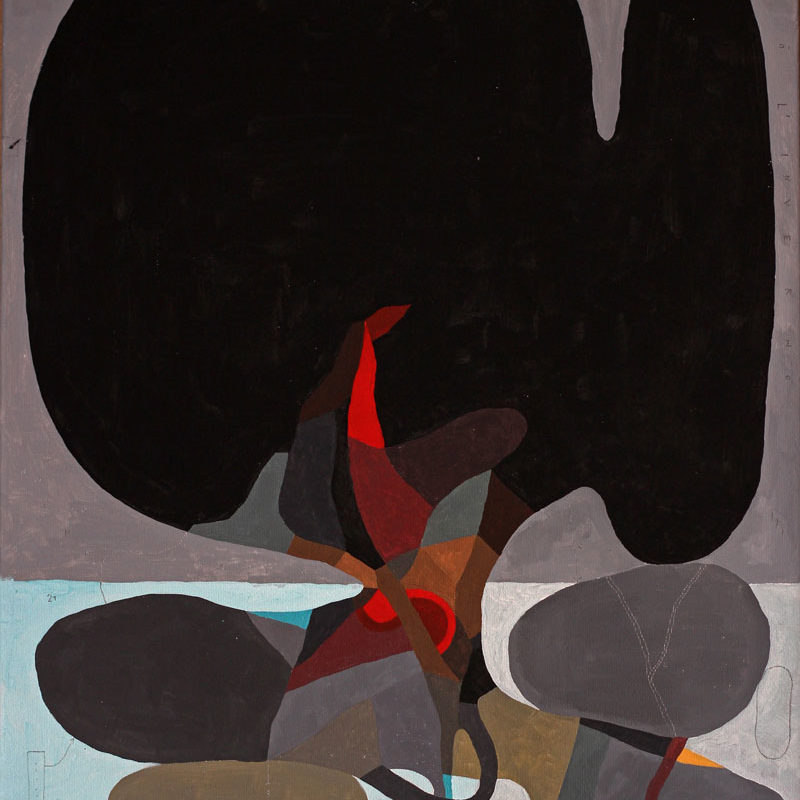 Antonio Colombo presents, for Little Circus – the special project space inside the gallery – a solo show by 108, the pseudonym of Guido Bisagni, one of the first artists to work in the area of post-graffiti art.
For the exhibition The Rite of Spring 108 has made original works on canvas and paper that develop the relationship between abstract forms and chromatic potential that has always been part of his art. Influenced by artists like Kandinsky, Arp or Burri, for the research they conducted on the relationship between form and color, 108 also makes reference to more distant sources in time and space, such as the expressive sign of cave paintings and the magical attributes of shamanism.
The investigation proposed on this occasion pivots on the pictorial interpretation of the spring equinox, the point of balance between day and night, summer and winter, as temporary as it is unstable, like the forms assigned the task of evoking it. They are in fact subjected to conflicting energies, identifiable in the chromatic contrasts and in a line that often shifts from curved to jagged. In the parallel between day and night, the color range wavers between luminous and shadowy tones, just as the thought that gives form to the image struggles between rationality and irrationality, logic and chaos, in a dense clash of introspection and emotion.

108 was born in Alessandria in 1978. At the start of the 1990s, during a trip to Geneva, he first saw graffiti, with which he worked for the entire decade, studying letters in the most classic forms of the genre. In 1997 he moved to Milan where he signed up for Architecture at the Polytechnic (taking a degree in industrial Design), where he came into contact with the avant-gardes of the early 20th century and decided to change his name into a number with esoteric meanings. At the turn of the millennium the first yellow forms appeared on the streets of Milan, Berlin, London, New York, Paris… it was his firm intention to create a form of visual chaos. Like moss, he enters the inside of factories and abandoned buildings, frequently found in a post-industrial area like northwestern Italy. In the meantime he was invited to do his very first official shows, like Nusign 2.4 in Paris in 2004, an exhibition on the new European graffiti, and to paint at the Arsenale with J.R. E Daim, during the Venice Biennale in 2007. In 2008 he was in Los Angeles for Nomadaz at Scion Space. He has participated in the main international festivals on new mural painting, while getting involved in sculpture, sound and installations in dozens of solo and group shows, while continuing his research on form and color in non-commissioned works. In 2014 he took part in the biennial of urban art in Moscow Artmossphere and in January in the large group show Mapping the City curated by Rafael Schacter at the Somerset House in London. Recent solo shows include La forma dell’Ignoto (2015) at Ego Gallery in Lugano (CH), with works hung alongside originals by Kandinsky, Jean Arp and Imre Reiner; Solstizio d’Inverno at Studio Cromie in Grottaglie, Passaggi Concreti at Studio d’Ars in Milan, Genius Loci at Le Sale d’Arte della Città di Alessandria, where he lives, and LAVA at Van Der in Torino, all in 2014.