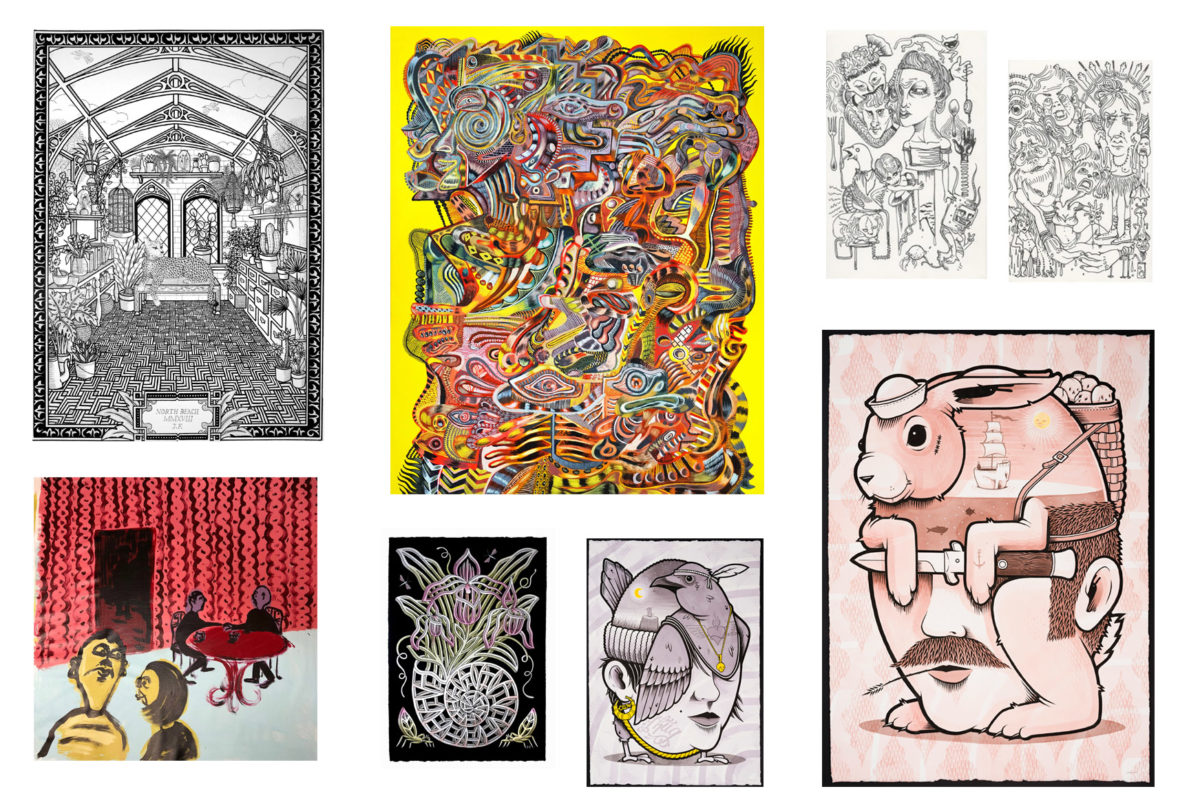 “Whenever I’m alone with you you make me feel like I am free again ” sang Robert Smith, leader of the Cure, in 1989. It’s Lovesong, one of the most beautiful love songs ever written.
Everybody falls in love, even artists. Very often united by common interests and passions, they are attracted to the point of considering art and life as one. Christo and Jeanne Claude, Claes Oldendurg and Coosie Van Bruggen, Ed and Nancy Kienholz, Bernd & Hilla Becher, Gilbert & George have created and signed their works together. However, the spirit of competition and intimate rivalry sometimes sees them “compete” on opposite fronts: the legendary clashes between Frida Kahlo and her husband Diego Rivera, Picasso fervently opposed the creative inspiration of his partner Françoise Gilot, while Lee Krasner, wife of Jackson Pollock, had to sacrifice her work as a painter to handle the difficult disposition of the inventor of dripping.
Times, fashion and places change, yet sharing a passion helps to meet and therefore to love each other. Maybe it will no longer be the classrooms of the Academy or of the ateliers in which the intense relationships between painters and models have historically been born: we meet at the inaugurations of exhibitions, parties, presentations of the coolest products, fashion shows, temples of the alternative chic essential for the contemporary hipster, both in Europe and the States. Between smiles and funny faces, the snapshots of an evening are shared on social media, especially on Instagram, which really is the virtual place where the trend hunters wander. We have said that so many times, even an art gallery must appropriate these tools to figure out the most significant changes of the zeitgeist.

Tommaso Paradiso, a.k.a. Thegiornalisti, told he met his girlfriend on Instagram. So I imagined to reconstruct the sentimental puzzle of this exhibition for Antonio Colombo Arte Contemporanea through the music and words of a love song (Canzoni d’amore – Love Songs – is also the title of my last book for Mondadori, advertising for myself, Norman Mailer would have said). You could say several things about Jeremy and Jayde Fish, Zio Ziegler and Tania Raymonde, but the most significant and fun thing is that they are together and that in their life as a couple one of the passions that keeps them together is exactly art.

Jayde Fish, born in Los Angeles and stationed in San Francisco, has managed, via Instagram, to intercept Alessandro Michele, creative director of Gucci, and convinced him to produce a spring summer 2017 collection with her amazing designs focused on the major arcana of the tarot and on the animal world. Among the sources of inspiration Jayde cited Bosch, Frida Kahlo, Goya and her husband Jeremy, born in Albany in ’74, active in San Francisco as well, long considered one of the reference figures of the alternative Californian imaginary. Painter, designer, graphic designer who, in turn, collaborated with significant realities in music (Aesop Rock) and in industry (he designed an Air sneaker for Nike).

Zio Ziegler, born in 1988, is an absolute protagonist of the new Californian image, which originates from Street Art to develop an increasingly skilful painting rich in references to the 20th century. Just over a year ago, we presented here at Colombo’s a series of works in which the citations and references to Picasso, Pollock and primitive art were evident. Zio has met his peer Tania Raymonde, who is an actress, has acted in several movies, TV series, and is quite well known in Italy. It will be because of the attitude of the fiancé (they’ll marry soon), it will be for the undoubted creativity, Tania took up the passion for drawing again and will exhibit for the first time in Italy her graphic works. It’s really true, love can do anything and knows no boundaries.