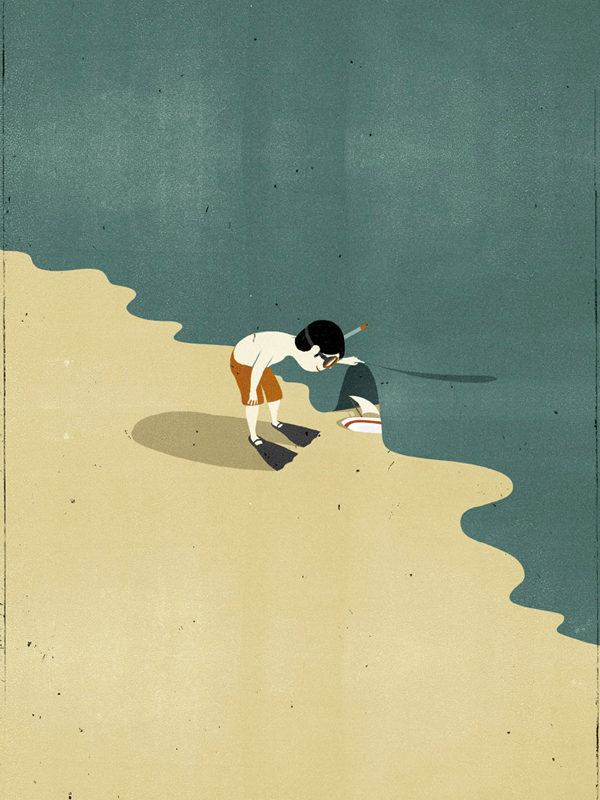 Shout (alias Alessandro Gottardo), for Little Circus – the special project space inside the gallery – in coordination with the solo show by Gary Taxali.

Shout, the internationally acclaimed and award-winning illustrator, presents work that is a result of recent research that reflects cultural affinities with the California art scene. His images are terse, “quiet” (strangely enough a total contradiction of his pseudonym Shout), and invariably organized around the dynamics of empty space and compositional absence, in which the nameless, faceless characters become metaphors of a subtle but ongoing sense of inner alienation.

During the exhibition both artists will be on hand for a book signing of their respective monographs, entitled Mono Taxali and Mono Shout, volumes that have triggered enthusiasm among critics and an international audience, both published by 27_9 (www.27underscore9.com), the young publishing house founded and directed by Franco Cervi, specializing in Neo-Pop and avant-garde graphics art editions.

His first monographic publication is “Mono Shout”, published by 27_9 with art direction and graphic design by Franco Cervi, and critical contributions by Steven Heller and Ferruccio Giromini.